Can Yoga be an Alternative to Opioids for Treating Chronic Pain? 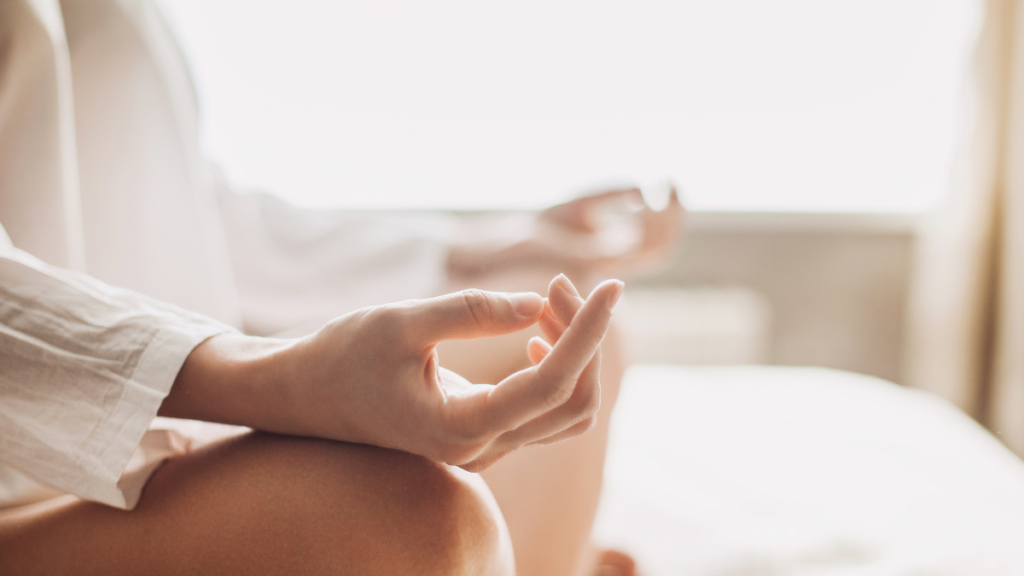 Although opioids are commonly prescribed for the treatment of chronic pain, they often come with harmful side effects, and can even lead to dependence or addiction. Because there are risks associated with opioids, non-pharmacological pain management methods, like yoga, have gained support in recent years.

Yoga is a centuries-old mind-body practice that combines movement with breath. There are many benefits to practicing yoga– not only is it an excellent form of exercise, but yoga is also great for your mental health. Recent research has shown that yoga may even be helpful in relieving chronic pain, as it has been shown to help relieve fibromyalgia, arthritis, migraines, and lower back pain.

In a 2013 study, “Insular Cortex Mediates Increased Pain Tolerance in Yoga Practitioners,” researchers investigated the possible benefits yoga may have on pain tolerance and the anatomy of the brain. To conduct the study, researchers performed a variety of tests on 14 experienced practitioners of varying styles of yoga and compared them against matched controls, people with no experience practicing yoga. The researchers tested the yoga practitioners and the controls for numerous attributes, including thermal detection and pain threshold, cold pain tolerance and pain coping strategies. In addition, they also used MRI scans to examine structural changes in the white and gray matter of the subjects’ brains to help explain why those who practice yoga may perceive pain differently.

How yoga can help with chronic pain management

One key finding of the study was that yogis were more likely to use cognitive strategies involving increased parasympathetic function, and interoceptive awareness, or awareness of inner body sensations, to cope with pain.

To cope with pain, those who practiced yoga were more likely to use breathing and relaxation techniques, which can activate the parasympathetic system and allow the body to recover.

Those who practiced yoga were also more likely to apply interoceptive awareness techniques, like acknowledging and accepting pain without attaching it to any given emotion.

On the other hand, the control group in the study was more likely to try to ignore or distract themselves when dealing with pain.

A different study involving veterans found that a specific form of yoga called Yoga Nidra can lead to a decrease in pain perception. Yoga Nidra is a meditative form of yoga that encourages deep rest and relaxation, as well as mind-body connectivity.

According to this study, the methods yogis use to cope with pain may play a role in how pain is perceived. For example, removing negative emotions surrounding pain can make it easier to accept, and a decreased perception of pain can reduce the influence it has on a person’s life.

While stress and pain are inevitable parts of life, they can be detrimental to your health and well-being in the long-term. What’s more, those living with chronic stress are more likely to experience chronic pain, and vice versa.

Studies have shown that the breathing and meditation involved in yoga can actually reduce the body’s stress response and the associated muscle inflammation.

When people are in pain, they tend to be less active. Unfortunately, reducing physical activity can also reduce a person’s flexibility and mobility. Because many of the poses performed during yoga can be modified depending on a person’s abilities, those with chronic pain can practice yoga as a means of pain-free physical activity. By practicing regularly, it is possible to safely increase flexibility and range of motion.

Differentiating yoga from other forms of exercise

What makes yoga different from other forms of exercise is that it emphasizes both physical and mental health. By combining movement with breath, yogis can successfully improve their overall health and well-being.

NEWPORT BEACH, Calif.— Vivera extends an invitation to AbbVie’s Allergan to partner on its high-tech medical device, ZICOH, designed to end addiction, in light of

NEWPORT BEACH, Calif—Amid government settlement discussions with Teva Pharmaceuticals regarding its potential role in the opioid crisis, Vivera invites Teva to join as a partner